Screensavers, the future of art? 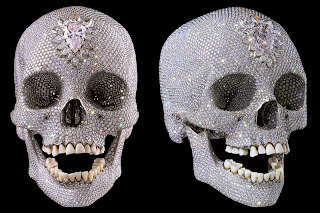 As of yesterday, anyone who likes Hirst’s work can buy one of his limited edition spot paintings for as little as £7.50 under a new digital collectors’ scheme that has plans to transform the affordable end of the art market.


Each edition of screensaver is numbered with a certificate of authenticity signed by the artist. The site allows users to follow artists, browse and acquire works, download them to digital devices and screens, send editions as gifts to friends, and to start their own collections. All of the work is designed for mobile phones, iPads, computers and television screens, with the ultimate vision being that once internet-enabled, flat-screen televisions are an everyday norm, large numbers of people might choose to use them to display a limited edition Hirst or a neon by Tracey Emin rather than a black screen when they are not using them to watch television or browse the internet.

The launch of the service provided by s[edition] coincides with the announcement of the presence of the piece of art which represents most the work of Hirst's "For The Love of God". It will accompany the major retrospective dedicated to the artist in Tate Modern’s Turbine Hall from April 4 - June 24 2012.
Is this another "coup" from Hirst or a step forward in the world of Art?
Posted by Fabien L at 11:56