Google CEO Larry Page announced in late January that Google+ had surpassed 90 million users. However, Larry didn't add in his speech that Google has unnaturally propelled its growth by automatically creating Google+ accounts for all new Google users. Besides, the company has refused to provide data regarding the number of active users or the amount of time users are spending on the new social network.

Don't you know where to start to develop a social media presence? This cheat sheet will allow you to be in the major social media sites on the web.
This infographic analyses the most important social media platforms: Twitter, Facebook, YouTube, Google+, Tumblr and Digg. There are some pros and cons that depend on the website. The image shows you how to begin with each social media platform and who are the audience for each one.

ABC News Nightline goes to China to reveal the dark side of the most famous bitten apple.

You surely are familiar with the phrase- 'Just Google it', often said to acquire information, but ever wondered how it would feel if you had to say 'Facebook it'. Sounds weird, right??

Explore the world yourself via the infographic and you might come across some interesting areas Facebook could have an influence on.
Read more »
Posted by Unknown at 12:39 No comments:

In the past couple of weeks Google has released some interesting figures on the mobile searches made by its users, highlighting the importance of mobile devices in the searches that consumers make.

Feel that you are within the videoclip! Take a look at this interactive video!

Do you think that social networks are completely new? Nope. Here you have an infographic that shows the history of Social Networks from the 70's. The history starts when a couple of friends invented the BBS bulletin board system. From Geocities to Blogger, through to Friendster and MySpace, until present days social networks as Facebook, Twitter or Google+.

Dutch airline KLM seem to have understood the importance of social media and is set to launch a quite innovative service: Meet&Seat. No more noisy kids shouting next to your seat!

We all believe Facebook is better than Google+. But with its latest upgrade the latter social networking site has proved to be more superior.
It seems acquiring YouTube was the best decision Google ever made. The video-sharing website declared that Google+ users can now start promoting their profiles on YouTube channels. The feature lets you promote your presence on G+.

The upgrading benefits-
- Post videos/playlist to your own feed
- Increased visibility to the uploads displayed in the feed.
- New annotation features

It certainly is AWESOME!!!

Is Google set to replace your doctor?

Google announced this week that it is adding a new feature to its service that could see the search engine replacing a trip to the GP for many.

Email ThisBlogThis!Share to TwitterShare to FacebookShare to Pinterest
Labels: google

Source: Search Engine Watch
Posted by Unknown at 11:21 No comments:

Anton Repponen has created iOS '86 to go to the Macintosh Plus on January of 1986. With this design you can get the appearance of the first Apple operative system. Black and white pixeled icons are came back! 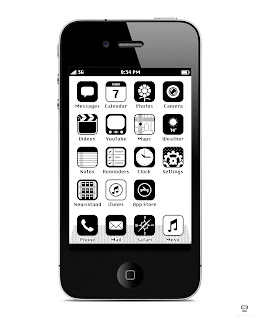 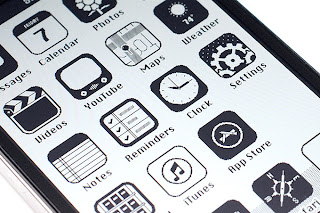 What happened during the Super Bowl?

Youtube has recently revealed figures on viewers trends before, during and after the Super Bowl with regards to ad-related searches. These searches have been strongly influenced by the great amount of ads and ad-teasers that have been aggressively streamed in various media channels. Top searches during the first half of the game were: 'OK Go - Needing/Getting', the new music video from OK Go made in partnership with Chevrolet, 'bud light platinum commercial' and 'm&m commercial'.

Caution: The next time you tweet and discover your followers list boosting, don't be flattered because you might just find yourself behind bars. It has come to attention that the law does not discriminate between high/low profile users when it comes to tweeting.

With Facebook's decision to float on the stock exchange and the impending sale of shares, many stand to make giant profits but the key question is who owns which stakes in Facebook and who stands to make the most from the social networking site.

Pinterest is quickly becoming more and more famous. People are talking about whether this social photo sharing website and app is going to be the next social network. Users can create and manage theme-based image collections. Pinterest, "connect everyone in the world through the 'things' they find interesting", as their mission says.

With a 400% growth of unique visitors to Pinterest from september to december in 2011, Pinterest drives more visitors to third-party websites than Google+, Youtube and LinkedIn combined.


David Choe, the guy in the video next to Mark Zuckerberg, was paid in Facebook stock for paintings at the company's first headquarters. His payout may be $200 million when it goes public. Some investors may make billions of dollars.

iLovers BEWARE, you might want to think twice before buying the iPhone 4S.
We all know that iPhone 4S's USP is its software, Siri. The software assistant, on hearing the voice commands,  is able to carry a series of activities such as sending text messages, dialing calls and conducting online searches.


Millions of people speak English, but all have different accents. This could create some problems, especially if you come from Scotland.

Twitter has always prided itself on providing free speech through opinion sharing, but with this week's announcement regarding censorship on the social networking site this has been thrown into doubt.