A new app is set for release in the coming weeks that could turn the lock screen on your phone into a miniature advertising billboard.
Conduit will soon be releasing the LockView Lockscreen app that will add several new features to your phone when it is locked, allowing you to jump straight to calls and e-mails from the lock screen or enabling you to immediately use the camera from several hot points around the edge the screen. The company will also be including advertising space in the centre of the screen and believe that this could offer excellent potential to advertisers. They believe that it could generate a great amount of exposure considering the number of times a person views their lock screen daily, if companies create ads and offers that are linked to their mobile sites then it could be extremely effective.

A test version of the app is currently available on Google's Play feature: 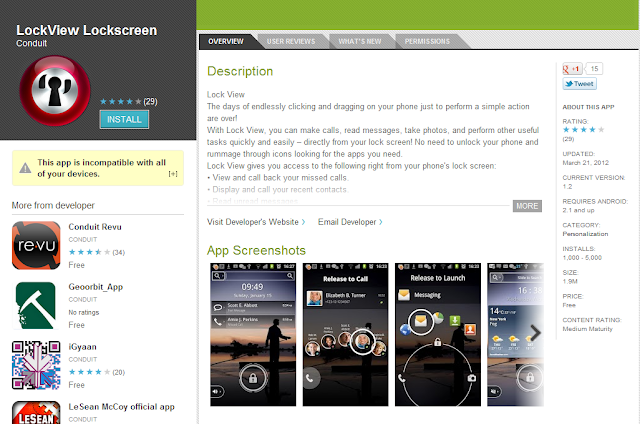