Did you know about Google's Endangered Languages Project?

About half of the world’s approximate 7,000 languages are at risk of disappearing in the next 100 years.

Google's Endangered Languages Project is a site for people to find and share the most up-to-date and comprehensive information about the over 3,000 endangered languages of the world.

What Is The Point In Viddy?

If there is one social network that has been the success story of 2012, its Instagram. Take a picture, use its build-in effects to tailor the image to how you wish  and share it across Instagram's own social network. The beauty of it popularity was both the ease of sharing the images you create and the ease of which you are able to create those images. Say for example you are eating at a restaurant and you think what has been served to you is rather pleasing to the eye. You take a well angled photo, with a nice filter and there you have your self content that other people will find interesting. No DSLRs, no Photoshop, essentially nothing that halts your journey from inspiration to creation.

Social media has become more important to the world of travel and tourism in recent years, with users sharing their views regarding destinations, attractions and hotels via a host of social sites.
Read more »
Posted by Unknown at 15:58 No comments:

It is now official. Microsoft's tablet is now a reality. A 10.6-inch, Windows 8-optimized tablet that comes complete with full HD, USB 3.0 support, a plethora of Windows apps, and access to Xbox Live. It is called "Surface". With any new social media platform emerging on the scene, there can be a wealth of hype that helps spur it on initially for it to then eventually tumble into obscurity. One of those that has been hyped up considerably is Pinterest. While I have not yet been fully taken in by Pinterest, it is something that has considerable clout and will be around for a while. Marketers that are able to successfully engage with Pinterest users are rewarded with an active audience that are passionate about their social network (Something that is not too dissimilar to the Google+ crowd).
Read more »
Posted by Unknown at 15:00 No comments:

Control your electronic devices with an app

If you've ever left the house worrying that you've left your oven turned on or hair straighteners plugged in, then plans for a forthcoming app should be of interest to you.

In a few weeks, Google will be enabling offline maps from more than 100 countries for Google Maps for Android users, making new 3D imagery and tours available in Google Earth for mobile. Guess what? Facebook is about to launch its own app store in an attempt to compete in the 'app war' with Google and Apple. The app store, available for computers as well as smartphones and tablets, will offer 600 different apps at its launch in the US.

Developers will benefit from the launch of Facebook's first paid for apps as  they will be free to charge users for their applications. Furthermore, it will be possible to transfer the same app from a computer to a mobile phone by simply clicking the button 'Send to Mobile'.

With this move Facebook is trying to convince the stock market about its ability of generating revenues, an aspect that many investors have had doubts about. Films are great. 1 to 2 hour long journeys that make us laugh and cry, sometimes that stay with us for the rest of our lives. Most of the time though they can be pretty average. Film, much like TV and music, is undergoing a crisis when it comes to monetizing what it produces. And this is all thanks to the internet. 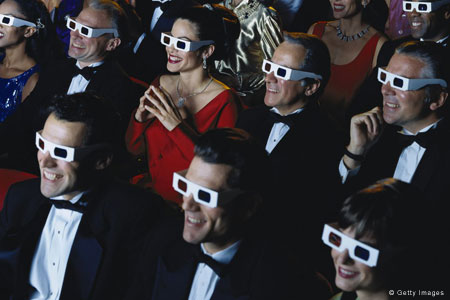 One weapon the film industry has against the evildoers is cinema. One visit to the cinema and you can see that it is still flourishing no matter how high the prices are. But still, how can they make more money? The answer, 3D! Not only are you able to charge more for 3D but if it ever catches on in a big way, the difficulty that comes with pirating it was something that was bound to have been to looked upon favourably.

An advertising company have launched an innovative form of advertising on Japanese subway trains, which enables passengers to receive adverts direct to their smart phones through technology that connects with their mobile devices.
Read more »
Posted by Unknown at 14:30 No comments:

Extremely simple but clever too. With this invention kit you will never ever stop playing video games! Check this out: