KISS use social media to create buzz around new album

As KISS have been in existence since the 1970's, they are probably one of the last bands you would expect to see developing a viral presence and using social media to promote their material.
However the band, widely recognised by their strange face paint and attire, are using social media to generate excitement and publicity for their new album. 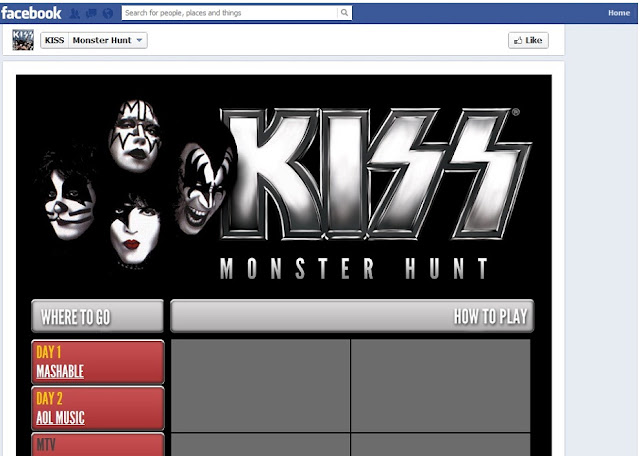 They are using a digital scavenger hunt to reveal the cover for their latest album and have created the 'KISS Social Hub' and 'KISSARMY' hashtag to encourage interaction from their loyal fanbase. The campaign, which also utilises the KISS Facebook page, allows participants to collect small pieces of the album cover until Monday July 30th, when it will be completed.
Posted by Unknown at 14:52