Is this Facebook's responsibility?

A Dutch girl wanted to throw a private party to celebrate her sixteenth birthday. She created an event on Facebook and the ‘hostess’ forgot to choose the right privacy setting. Instead of choosing ‘friends’ she chose ‘public’, thereby making the party accessible to everyone with a Facebook account.When the girl found out she made a mistake she deleted the invitation. Unfortunately, the damage was already done because other people also started to host the party using her name and address. 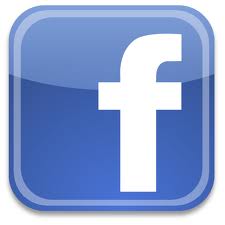 After one week 24,000 people were invited and 2,400 clicked ‘join’. Meanwhile, national television started to broadcast about the party and 6,000 people said they would join. Project X Haren became the new national hype. Last Friday 25,000 were invited and 30,000 said they would join the party, about twice the amount of the people that live in the girl's hometown. For safety measures, the council told the national press that the party was cancelled. Still thousands of people gathered last week Friday to riot and fight with the police, as a result million of euros worth of damage had been done and dozens of people were wounded.

In the Netherlands discussions started about if Facebook or the national press could have done anything to prevent this from happening. What do you think? Do you think Facebook needs to be on the lookout for these types of situations? Or: is Facebook responsible for this?
Posted by Unknown at 12:30