What if Google has to pay copyright?

Only a few months after the protest for the Anti-Counterfeiting Trade Agreement (Acta), a new proposal about web copyright has emerged. 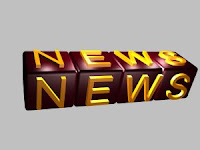 German Chancellor Angela Merkel has proposed a new law and if it is approved, Google and other feed aggregators will have to pay publishing houses a fee every time they take snippets of articles and reproduce it on their web pages.

The aim of this new law is to protect online publishers who are complaining that users do not head to their web sites to read the news, subsequently they receive less traffic on their web sites and lose publicity.
On the other hand, Google counters that by acting as a megaphone for the news, they actually help publishers. Because this enables users to find the news easier and that is why they argue that the generated publicity is actually greater.

At the moment the proposal has been approved from the Berlin Cabinet. So we only have to wait for the German Parliament's decision.