On Monday November 29th, Google unveiled their 3 new mobile Nexus devices, a smart phone and two tablets of 7 and 10 inches respectively. The global unveiling was scheduled to take place at an event in New York, but the effects of Hurricane Sandy saw that it was cancelled. Instead, the U.S. company published the news from their official blog.
Read more »
Posted by Unknown at 16:41 No comments:

What people want to read about in your blog

Don't know what to write about in your new post?
Are you unsure if your new topic will be found interesting?
Do you want to know what people want to discover in your blog?

Well, the team at AccuraCast have undertaken a little research to find out which are the most read topics, within the world of online marketing and have used our own blog for the study.

Email ThisBlogThis!Share to TwitterShare to FacebookShare to Pinterest
Labels: blogging, copywriting, interesting topic for your blog, what people want to read in a blog

An App That Ensures That You Don't Miss The Best Bits Of A Film... Impossible!

We've all been there, at the cinema enjoying a great film and with a huge urge to go the toilet. This poses the dilemma of prolonging the discomfort of holding it in or potentially missing a key part of the film, however this problem will become a thing of the past thanks to the development of a new mobile app!

Google has been given four months to change its privacy policy. The verdict came after months of investigation by France's Commision Nationale de L'Informatique. The French commission was working on behalf of the EU's 27 national data regulators and they found legal flaws with Google's approach to use their user's data. One of the concerns is how the tech firm uses their user's browsing history for better targeted advertising.

Before starting any online marketing campaign for a website, you should define the objectives that you wish to achieve from it and build your strategy from here.
Read more »
Posted by Unknown at 12:10 No comments:

The new Italian search engine provided by Tiscali, iStella, is set to be released in November 2012.
It’s not the first time that an Italian company have attempted to make a new search engine became famous. The most recent example, which occurred only several months ago, was Volunia. Today nobody speaks about that and this begs the question of whether the iStella search engine will fare better?

Do we use the Internet in the London Underground stations?

Tuesday I read an article in which Virgin Media announced that the wi-fi network for the London underground will stay free until 2013. Originally, the idea was to give all travelers free access to the Internet only during the 2012 Olympics. Should we be happy about this extension? I mean, do we even use the internet underground? I wanted to check it out...

Social Media and the US presidential election

2012's presidential election, between Barack Obama and Mitt Romney, is set to be the most reliant on digital technology in history. Both candidates have been reliant on social media so far, which is becoming a key part of the campaign trail and is genuinely beginning to influence how all politicians communicate with voters and where they spend their budget.
Read more »
Posted by Unknown at 09:22 No comments:

How social media is opening the world?

The technological revolution is connecting the world and social media is one of the main drivers behind this. In the following video, Don Tapscott talks about the 4 principles for the open world.

Google is today celebrating the 107th anniversary of Winsor McCay's Little Nemo in Slumberland, dedicating a special animate doodle to the comic.

The social analysts recently undertook a study of 27 million active Twitter users and came to some interesting conclusions, perhaps most importantly that the average Twitter user is an English-speaking 28 year old female.

One of the biggest stories at the moment is the internet back-and-forth raging over the story of Microsoft's long-rumoured and oft-speculated-upon mobile Office suite. A Czech product manager by the name of Petr Bobek appeared to have let the cat out of the bag on Wednesday (10/10/2012) by announcing that mobile versions of Office would be simultaneously be released for OSX, Android and, of course, Microsoft Surface devices but this outburst was countered by Microsoft HQ as false. Strategically, it seems unlikely to be true as they are releasing their own Surface tablets in the near future and having Office as a USP for these will be a key selling-point to set them apart from their rivals. Let's not forget that Apple themselves are rumoured to be releasing a new iPad before Christmas

How this will develop over the coming days is anyone's guess but, as the old saying goes, there's no smoke without fire.
Read more »
Posted by Unknown at 12:24 No comments:


The Google Nexus 7, made by Asus, has won the awards tablet of the year and also gadget of the year. This was announced, last Monday, at the T3 Gadget Awards 2012 in London’s Old Billingsgate. Here is a review on the device that is priced at £159:
Read more »
Posted by Unknown at 15:40 No comments:

8 years after its creation, Mr Zuckerberg announced Facebook, has reached one billion users that actively take part every month on the social network and connect with each other.

More than 20 million people use Google Apps for education

The Google apps for education suite is now being used by more than 20 million students and school staff members. This has just been announced by Google to celebrate the World teachers' day on October 5.

Are you putting too much effort into your social marketing tactics? Well, maybe you are wrong

A study released by Forrester on 24th September, entitled "The Purchase Path of Online Buyers 2012", affirms that social media marketing is not the right tool to drive consumers to e-commerce stores. 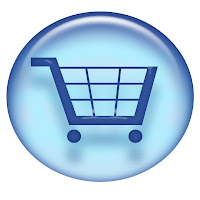