Have you ever searched your name on Google? Do it and see what happens!

I ask you this question because a couple of days ago Google had to pay no less than $207,700 to an Australian-Serbian, Milorad Michael Trkulja, because Google search results identified him as a drug dealer. A few weeks ago, if you searched for his name, he would have appeared next to some of the most wanted criminals in Australia.

A few months ago, Michael sued the other search giant, Yahoo, for the same case, defamation of appearing alongside other mafia bosses and being labelled as a drug dealer. In that case, the company will compensate him with the sum of $233,800.


It seems that search engines have been able to resolve the error and currently typing Milorad Michael Trkulja into Google, you listed as one of the world's luckiest men commented on by thousands of blogs, having defeated the two leading search engines and earning a small fortune of more than $400,000 dollars in the process.

I ask all our followers: would you let Google refer to you as a criminal for $400,000? Is this sum of money worth the damage to your reputation?

Give it a try, type your name in the search engines and you may be surprised! 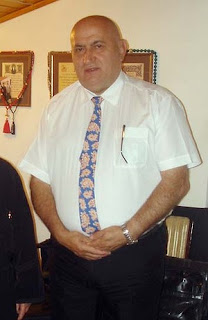