In the second half of this year, Apple will launch a budget version of their iPhone model. 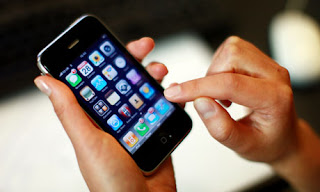 This handset will be very different from all predecessors, as it is a lot cheaper, has a larger display and a far less expensive body than all other iPhones. The budget iPhone will cost about £300 and should therefore be vastly popular. The iPhone 5, without a contract, costs £529 and the iPhone 4 handset is available for £319. This price range puts the touch-screen devices out of reach for many customers. Apple feels they need to take this step to increase sales, as arch-rival Samsung is performing well in Asian markets. Other competitors even sell telephones for under £62.

Apple used to produce just one handset a year, so this second model will mark a big shift in strategy for the multinational. A good selling point of the new device could be the larger touch-screen, as smartphones are used to watch videos more often. The iPhone 5 has a screen that is smaller than most of its competitors. Phones with a high performance but a lower cost, like the Samsung Galaxy SIII or the Google Nexus 4, have lowered Apple’s market share considerably. Their share fell from 23% at the end of 2011 to 15% in the third quarter of 2012, while Samsung gained a market share of 31% in the third quarter of last year. Apple has relied on putting older models on sale instead of designing new models with a various price range, but they are hoping to regain their position with the launch of the budget phone.
Posted by Unknown at 12:11