How Not to Manage your Social Media Profiles

London Luton Airport made a huge social media mistake, when an employee used a picture of a crashed plane to promote the airport. The below update was made along with the caption "Because we are such a super airport... this is what we prevent you from when it snows... Weeee :)". 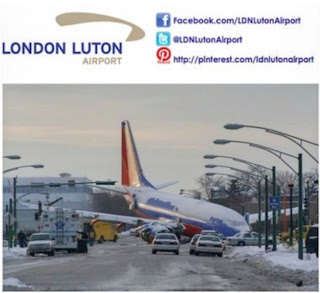 The airport quickly apologised and described the individual responsible as "over-enthusiastic", yet many saw this as offensive and insensitive as a passenger actually died during that crash. The post was removed from the Facebook page and the below apology was hastily uploaded, but this has only opened the company up to further criticism and Facebook users have voiced their concerns via comments on that post. 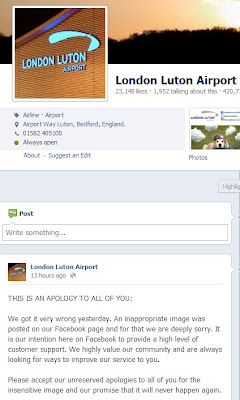 It's safe to say that this a PR disaster, but what do you think they could have done better?