Are you a fan of captains Kirk & Picard? If so then you will probably like Mike Lazaridis’ idea...
According to Bloomberg, the BlackBerry inventor is about to bring the medical tricorder directly from Star Trek and into reality. 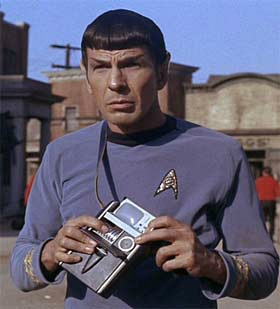 A total of $97 million, known as the Quantum Valley Investment, will be invested in the realisation of the quantum technology and it will be financed exclusively by Lazaridis and his old friend Doug Fregin.

The tricorder's aim is to produce non-invasive tools to perform medical tests, such as those used by the doctors on Star Trek, and create "a new way of treating patients."

During an interview in Toronto (Ontario) in March 2013, the co-founder and vice chairman of Research in Motion Ltd (commonly known as BlackBerry) affirmed that "The medical tricorder would be astounding, the whole idea of blood tests, MRIs - imagine if you could do that with a single device. That may be possible and possible only because of the sensitivity, selectivity and resolution we can get from quantum sensors made with these quantum breakthroughs."

Lazaridis left his position as RIM's CEO 14 months ago with the aim to invest time and money in quantum technology and nanotechnology researches. He has invested more than $250 million opening the Mike & Ophelia Lazaridis Quantum-Nano center in his hometown of Waterloo, Canada, in September 2013, and the Institute for Quantum Computing and the Perimeter Institute for theoretical physics. He confirmed that the first products from the financed research labs may emerge in the next two or three years.