The most used apps on androids and iPhones are email 78%, web browsing 72% and Facebook 70%. When waking up 80% of smartphone users check their device within a quarter of an hour. On average we spend half an hour a day on Facebook. These are a few of the remarkable outcomes from research conducted by market research company the International Data Corporation (IDC). IDC investigated the habits of 7,500 US smartphone users over the period of one week in March. 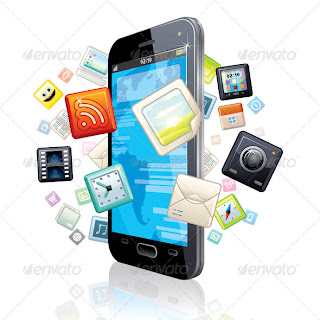 Even when working out at the gym, almost half of the respondents said they looked at Facebook during a work out session. Just before going to bed is the most popular time to check ones Facebook account though. We visit Facebook 13.8 times a day and visit takes us on average two minutes and 22 seconds. We spend half an hour on Facebook a day on average. Overall we spend two hours communicating a day.

The figures tell us that many of us would rather not live without their smartphones anymore. In America 58% of the population owns a smartphone, which boils down to 180 million people.
Posted by Unknown at 17:06