Is Will.I.Am the New King of Social Media?

Social media is without doubt one of the most powerful marketing tools, if you can harness the power of it and it appears that Will.I.Am is become extremely adept at this.

He caused controversy last year for tweeting during the live shows of the voice, but his followers loved it and he was able to successfully engage with them. This helped raise his popularity even further and it is likely that he will take to his mobile phone to tweet during the upcoming live shows of the second series. 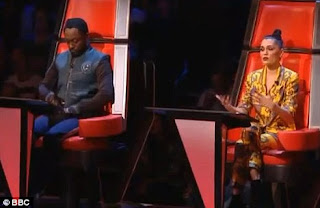 He was also involved in the first Google+ hangout to Air, in a successful effort to create anticipation for and promote his upcoming single.

But it appears that he has now taken his use of social media to new levels, utilising both Google+ and Twitter in the promotion of his new album. Firstly he has named his latest album #willpower, leading to a great amount of interaction on the social network. In addition to this he is hosting a Google+ hangout, using the hashtag #WillPowerHangout, that will feature Britney Spears, Nicole Scherzinger and Miley Cyrus. This will serve as a Q&A session with fans, who must submit their questions using the aforementioned hashtag - genius!

The hangout will take place in the US this evening and in the UK tomorrow morning.