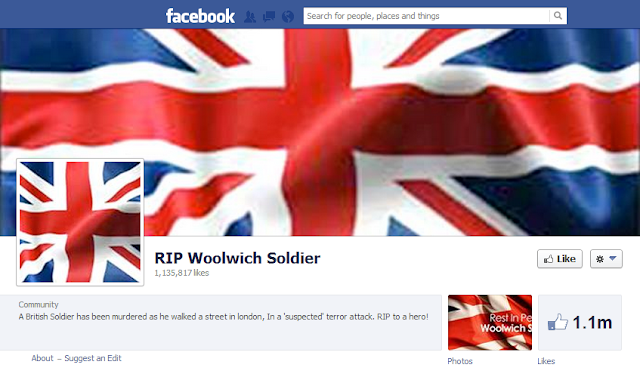 Facebook users pay homage to the soldier that was hacked to death by two men yesterday at around 2pm in Woolwich, South-East London. The two suspects were shot by the police and are receiving treatment for their injuries.

"A British Soldier has been murdered as he walked a street in london, In a 'suspected' terror attack. RIP to a hero!" 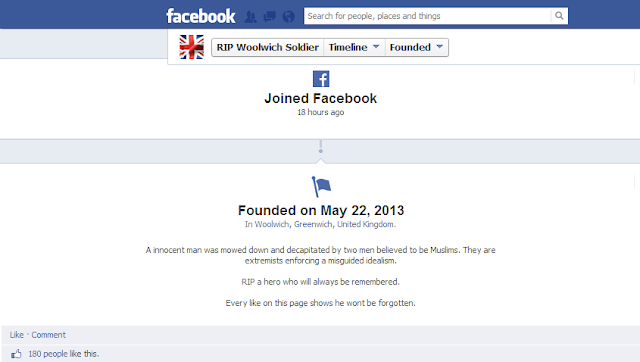 Here are some comments people left on the page:

"RIP sir and my thoughts go out to your family you served with honour & pride
Farewell fellow soldier from a fellow squaddie 7sig regiment I salute you
In god we trust!"

"A life for a life, bring back the death penalty! These monsters should not be likened to animals, even animals wouldn't do this! It's disgraceful! R.I.P innocent soldier!"
"What is happening to my beloved Britain!?"

"My husband and I feel so saddened by this barbaric, disgusting act and so incredibly sorry for this poor man and his family. It is unbelievable and the animals that did this should not be in a hospital bed at the cost of the British tax payer. The whole incident is so dreadful. X"