On the 5th of May LinkedIn celebrated its first 10 years of online activity!
In 2003 Reid Hoffman, who launched the social network through his colleagues and friends, probably didn't expect to get so many followers.
To celebrate the anniversary, LinkedIn proposed a brief history showing the website's evolution. Let's take a look at that!

"At the end of our first month, we had 4,500 members in the network, 10 years later, we are honored and humbled that so many of you have made LinkedIn a part of your daily professional lives" - affirmed Hoffman on the 5th of May. Today the social network for professionals counts with more than 200 million users, 3,700 employees and 26 offices around the world (Mashable data).

As we can see in the graph below, LikedIn is one of the most important and influential social networks to be founded. 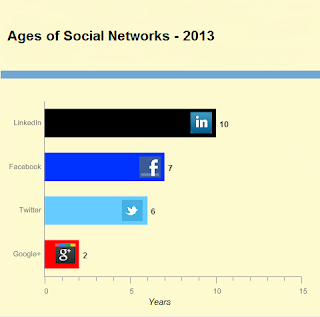