Many hotels and other businesses in the tourism sector rely heavily on Trip Advisor reviews, but one hotel owner has taken this a step too far. When 3 holidaymakers arrived at the Knights Inn in Nashville they were told they could not check in, as the 4th member of the party, who had paid for the rooms, was not present.

When they mentioned that they would give poor feedback on the popular review site, they were told that they would not be allowed to rent any rooms and were escorted off the premises by an armed guard. Although he was desperate to protect his hotel's listing on Trip Advisor, he obviously didn't consider the amount of negative media publicity that would follow. 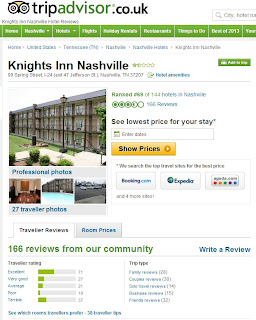