Homophobia is still a huge problem in football, meaning that there are currently no openly gay footballers in English professional football. However a socially driven campaign from Stonewall is aiming to alter this, with the backing of bookmaker Paddy Power. 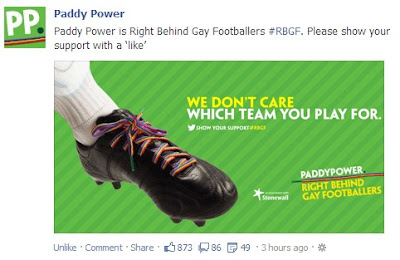 The Right Behind Gay Footballers (RBGF) campaign is aiming to eradicate homophobia in football, through the use of rainbow boot laces and these have been sent to all professional clubs in England and Scotland. The idea is to alter the perceptions and demonstrate acceptance of openly homosexual footballers within the game, destroying current misconceptions. 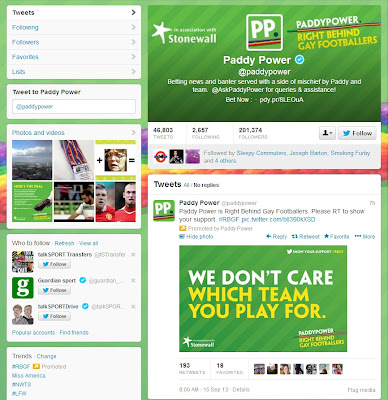 A number of footballers have got behind the campaign on Facebook and Twitter, including Joey Barton who uploaded a number of photos with his rainbow laces. You should be able to purchase your own laces, or receive them free of charge, in the near future, for more information read this article on Paddy Power's blog. 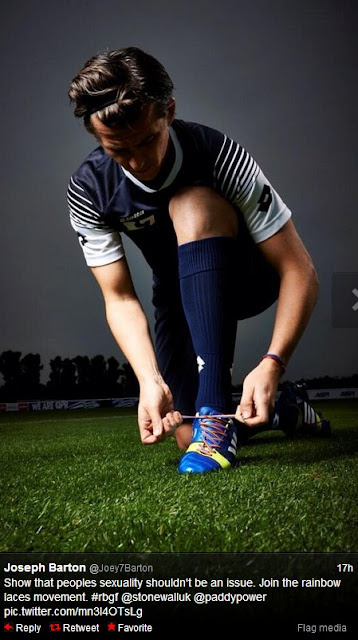