British Airways will use Tweets to power a virtual plane in a race against an actual British Airways flight, naming this duel "The DREAMLINER Vs. The TWEETLINER".
When BA flight LHR YYZ departs for Toronto from London Heathrow tomorrow, tweets including #RaceThePlane will power the virtual plane and it will be interesting to see which plane wins. By tweeting with the hashtag you get the chance to win flights with British Airways, so why not spend a few seconds tweeting with #RaceThePlane tomorrow? Who do you think will win? Let us know in the comments below 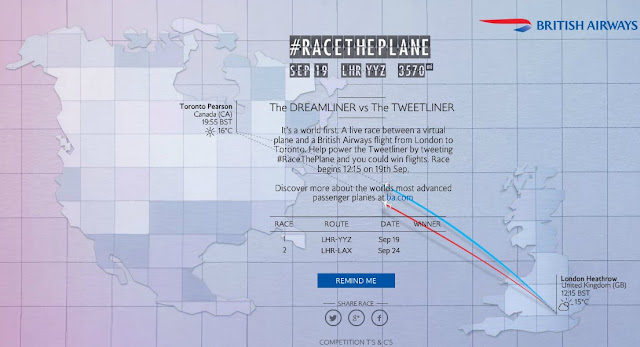