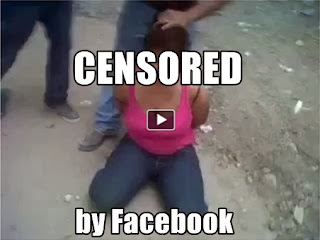 A video depicting the beheading of a woman, previously made available on a public page, has been removed by the Facebook. This is remarkable as the most popular social media platform in the world revealed it had dropped a ban on clips showing extreme violence a few months ago. It seems that the firm has made a U turn in their policy as the website has now issued new rules regarding what is allowed to be shared. In other words: decapitation videos are not to be found on Facebook anymore.

British prime minister David Cameron has called FB irresponsible for allowing video clips displaying extreme violence on its website. The US firm now says it will take a closer look at shared content.
Posted by Unknown at 17:02