Google's In-House Games Developer Has the Best Job Ever

Although my dreams of becoming a stock photo model are well-known around the office, it has occurred to me that there may be an even better job than running around an athletics track in business garb. That honour goes to whoever dreams up the interactive Google Doodles.

Last month we had potion brewing game for Halloween and some thing about a balloon journey (which was a bit rubbish, to be honest) and before that a relatively amusing pinata-smashing game for Google's 15th birthday. 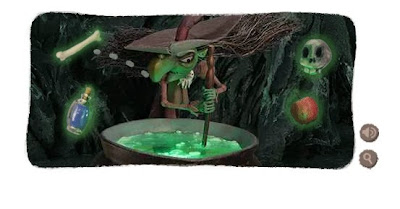 Today, however, the focus is on a bizarrely popular British export- Dr.Who.

The neat touch is that, should you fail, your Doctor regenerates as one of the previous incarnations of Time Lord. The care and attention to detail that goes into these absolutely unnecessary little games speaks volumes about Google's fantastic marketing strategy. Giving something that has taken time and effort entirely for free is what has helped Google reach the level it's at today; just look at Google Maps, Docs and all those other little apps that you'd probably be prepared to pay for but don't have to, because Google.

Anyway, there's twenty minutes of the working day left, I'm going to play with the Doodles and dream of stock photo stardom.