Having completely forgotten about the whole NSA constantly monitoring us thing after getting distracted by other scary things like Russia annexing Crimea and the end of Breaking Bad, I was pleasantly surprised to see the return of Edward Snowden to the internet this week at a TED talk in Vancouver.

"BUT HOW DID HE? WHEN DID HE?" You're almost certainly babbling as you struggle to comprehend how one of the USA's POIs could enter Canada without being bundled into the back of an SUV by the CIA. Well, it's because he wasn't really there...

Alongside World Wide Web inventor and London 2012 opening ceremony highlight Sir Tim Berners-Lee (above) as he discussed his vision for an internet Magna Carta, Snowden appeared on what was essentially a tablet attached to a stand with wheels. He even roamed the halls taking selfies with lucky TED attendants. 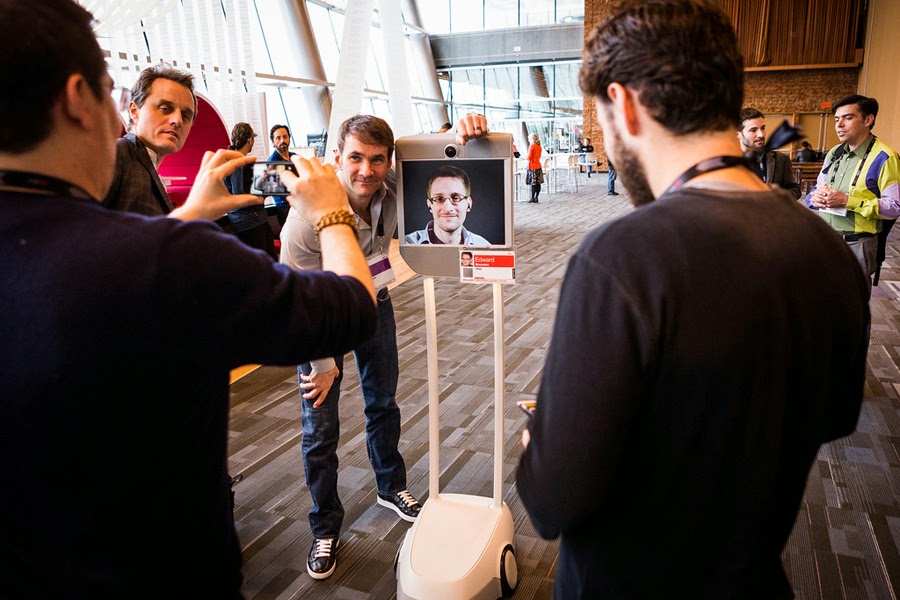 "How clever!" we all thought, disregarding the fact that he looked like if Ikea made Johnny 5 (Johan 5?). "What a practical and entertaining idea for a TED talk!"

I, however, was considerably less impressed when I remembered that this was done on The Big Bang Theory, like, five years ago, and, when I think about it, on South Park too. Try harder next year Ed. 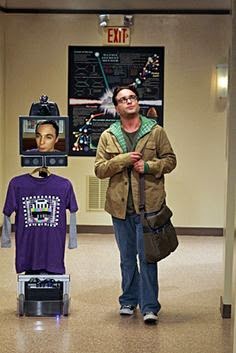 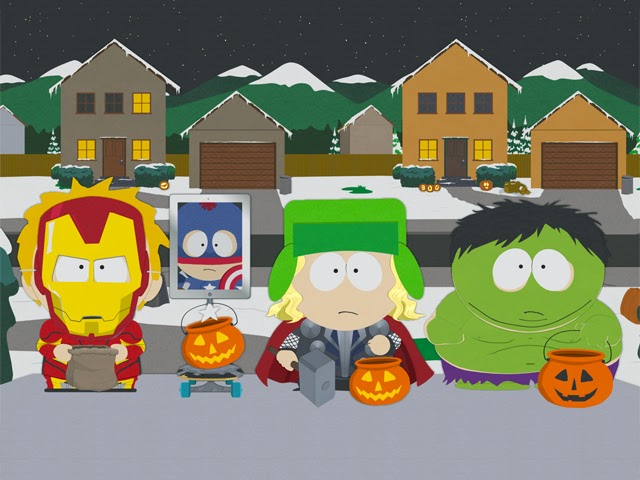