Amazon Just Released The 'Fire Phone': What Next, The 'Face E-Book'?

There was a time when Amazon was for shopping, Google was for searching and advertising, Apple was for sleekly designed gadgets, and Facebook was for keeping in touch with friends.

Steadily as these companies grew, the more they diversified and the more they have begun coveting each other's customers. Google+ began pinching Facebook's business users in 2011; the Apple iOS system is steadily becoming more and more indistinguishable from the Google Android system; and remember when Zuckerberg tried to sell us the Facebook Phone?

The latest release of Amazon's Fire Phone shows Jeff Bezos making an aggressive step into Google and Apple's territory. At the launch he compared the camera quality to that of the iPhone 5S and Samsung Galaxy S5, whilst showing off it's superior 3D augmented reality screen.

However the biggest threat that the Amazon Fire Phone poses is to Google, with it's Firefly feature now competing for ad dollars.

The Firefly feature is essentially a much more comprehensive version of the Shazam mobile app, allowing users to take a photo of an object, TV show, video game etc., and immediately see its listings on Amazon. Firefly completely bypasses the need to Google the object to find out how much it is. 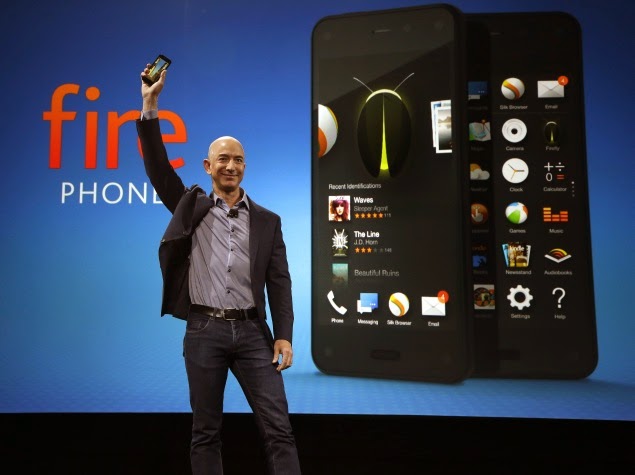 Just as Amazon is encroaching upon Google's market share, Google is entering Amazon's with a recent push into online shopping. It launched its Trusted Stores program a few years back, which awards badges to approved online stores in an effort to engender trust among consumers. Now it's begun partnering with retailers to actually deliver stuff to your door (Amazon-style).

Also, according to reports, Apple is poised to push even further into the shopping world, exploring its own online payments service. Google already has Google Wallet, but Apple has good reason to believe that it too could make payments more seamless for consumers. It currently has a stash of 800 million credit cards on file with iTunes, certainly a large base to begun cultivating.

Amazon must have a similarly large stash of cards. Could it be next?