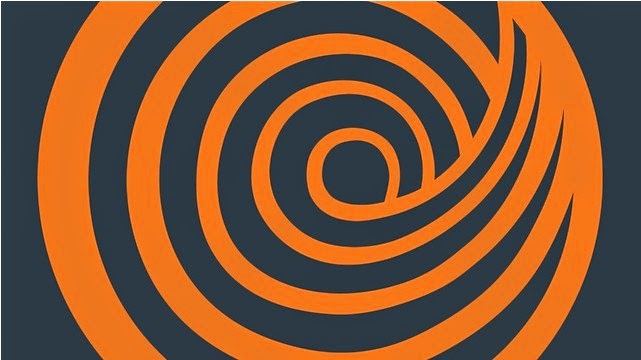 The Onion yesterday launched its new Buzzfeed parody website ClickHole - a website with content so clickable and sharable that once you've entered its domain you are unlikely to ever come back out again.


The secret behind Buzzfeed's colossal success is it's ability to relate to people, by allowing readers to revel in shared traits or experiences. The ClickHole site is no different, and offers readers the chance to indulge in their singular delight and disgust at frenzied viral content creation.

ClickHole was only one belief: that is that all web content deserves to go viral. It refuses to stand for how the average website carelessly churns out hundreds of pieces of pandering, misleading content, most of which tragically fall short of going viral:

We strive to make sure that all of our content panders to and misleads our readers just enough to make it go viral. You see, we don’t think anything on the internet should ever have to settle for mere tens of thousands of pageviews. We believe that each and every article—whether about pop culture, politics, internet trends, or social justice—should be clicked on and shared by hundreds of millions of internet users before they can even comprehend what they just read.


The site is currently stocking itself up with most of the items we've come to expect from social news websites - pop culture quizzes, uplifting personal stories, cute animal/baby videos, slide shows, article, blogs... and more.

Here, in my opinion, are some of the most clickable pieces so far: 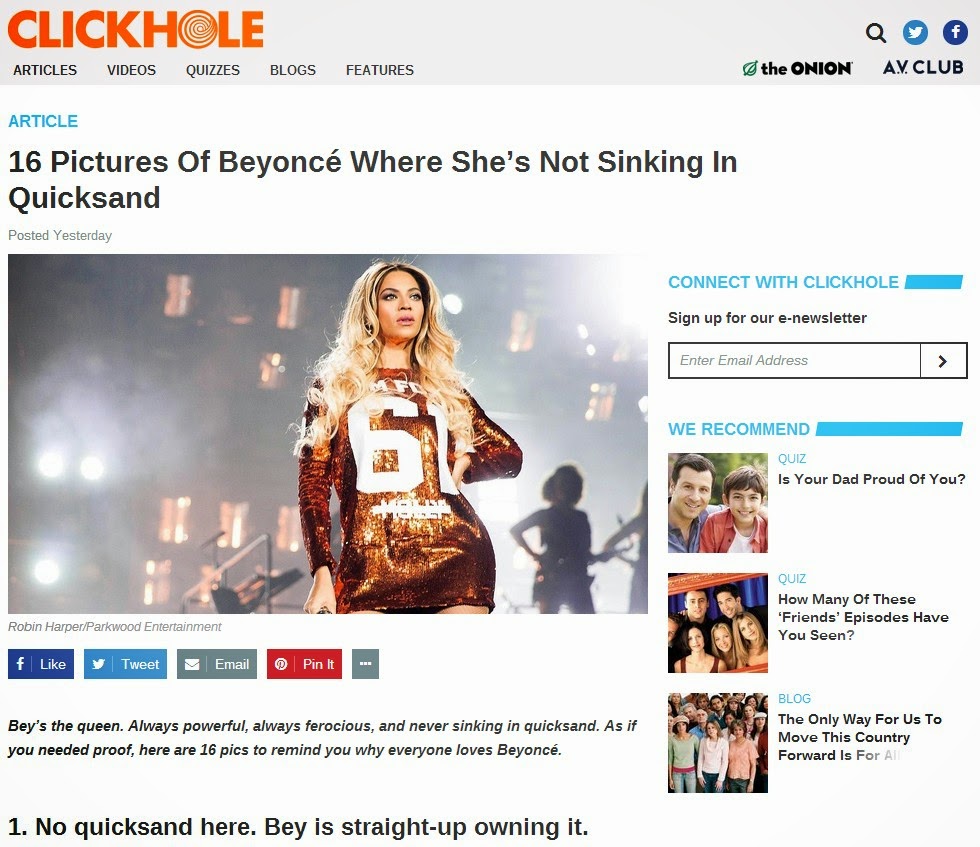 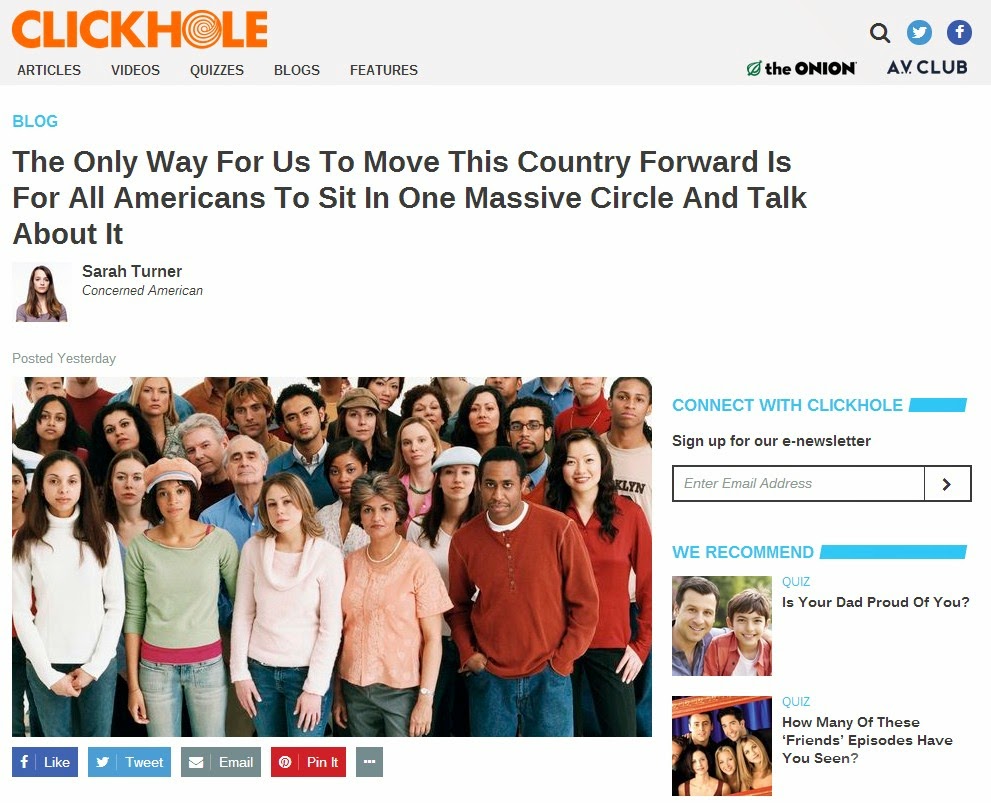 Also, This Video Seems Silly, But It Makes A Good Point (go on, click it)


The ClickHole Twitter account is up and running, with it's first big hashtag campaign called "ClickFacts." Here's a sample:

'#ClickFact: Quizzes and lists by our competitors are created by underpaid twentysomethings and not spontaneous genesis.' Get following on there too, before it's too late!'


In it's efforts to undermine the cutesy image of Buzzfeed, Upworthy and the like, ClickHole is unashamedly transparent about it's commercial motives. The aim of the site, as laid out by 'Jim Haggerty' (a host of The Onion News Network), is to create a website that's 'putting content and sponsored posts side by side, with barely any distinction between them.' In true Onion style, it is builds a brand by mocking it's customers.