Technology and Fitness - bread and butter, or chalk and cheese?

Google Fit, Fitbit, Fatmorsel, Nofun smidgen – the number of fitness-related apps are, like a steroid-guzzling pro-wrestler, building up thick and fast, with everything from applications which record your jazz dancing sessions, to those that offer a sly jab in the arm when you forget to do your morning press-ups. And they're all offering a road to a slimmer, healthier, all-round better version of you. 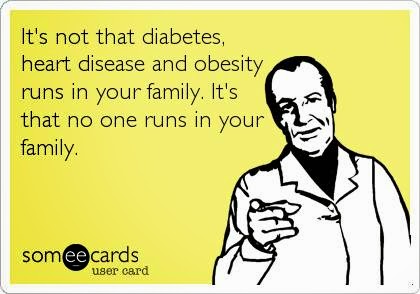 Despite the natural sense of shame and humiliation that causes people to jump sideways into bushes at the sight of another person whilst they’re out for a stealthy early-morning jog, running apps seem to be taking off with suspicious vigour.

There’s Nike + - offering Facebook -‘Like’ induced cheers while you run, making it an effective way of letting someone else know that YOU’VE DONE IT, you’ve gone running, and great for those of us who need validation, congratulations and acknowledgement for deciding to move our feet.

Or RunTroll, which is ideal for gamers branching out of the sphere of bedrooms and basements and into the world beyond, whilst offering the comfort of animated friends from the virtual world to collect rankings, rewards and role-playing friends.

On the one hand, these apps are great for those wanting to maintain a semblance of healthy living whilst not wanting to spank huge sums each month on the astronomical gym fees in bigger cities. They’re also good if you’ve moved abroad and have concerns about gym etiquette in your new, adopted country. Nobody wants to be mid sing-along to Kanye West ‘Stronger’, limbs a-flailing, clad in tiny tank top and short shorts to turn around and see all other gym-goers practicing a light session of Tai Chi, covered conservatively from head to toe.

Trevor Barzee from Bucharest Expat summarises the appeal: "In Bucharest, Romania, the mobile revolution is going strong. More and more locals make us of the power of real-time data to enhance their daily exercise routines. Running apps may be giving local fitness centres a "run for their money" as many expats are finding that these tools make exercise a stress-free, comfortable experience.”

So, they’re good for breaking us out of those sweaty, spandex-ridden hellholes, with questionably appealing names such as ‘Curves’ (just what you’re trying to get rid of), LA Fitness (hello, this is England, don’t set us up to fail – tans here come in the form of a plastic bottle), and Fitness First (it’s not first. It’s probably twelfth – behind milkshakes, trips to the pub and the occasional, guilty cigarette), and into the outdoors.

But – is any of it actually making us fitter?

Yes, yes, we’ve finally come up with a way of tracking our exercising efforts which will loosely provide some form of inner motivation on the basis that we’ve spent money on it so we have to use it – by god, what a discovery! It’s just like those old-fashioned paper diaries, except infinitely more expensive… and a bit smaller… and only available when you’ve charged your phone and… oh wait. That’s right. Go in to Ryman’s, purchase a wad of paper for £3 and JUST WRITE IT DOWN.

Because at the end of the day, the only thing that is going to make you fit is motivation, and unfortunately neither Google nor Apple seem to have invented an app to synthetically produce that. Yet. So keep the 50 pounds you were wasting per year on tracker applications, and spend it on a blender or something that might actually have an implication for your health – perhaps a beeper that goes off whenever you step inside a McDonalds, or The Pastry Protector 2000, which offers an electric shocks when you step within 50m of a Gregg’s flaky pasty. 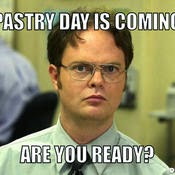 For those who have already installed such apps and are now discovering that rather than a quick road to that perfect beach-body they're merely a direct diversion to Guilt Street, here's a handy step-by-step guide on how to rid yourself of those interactive diaries which insists on reminding you of what a terribly lazy slob you are:

Step one: Quietly take the bleeping iPhone in hand, and smash it firmly several times on the edge of the coffee table.

Step two: Drop the fitness-app-containing vessel in the bin/on the floor (depending on your need for cleanliness).

Step three: Feel sense of overwhelming relief like you’ve just escaped the police after a serious GTA chase, and recline back luxuriously, doing what you actually enjoy: sitting on the sofa and dreaming of a day when Apple will create a MindControl app so you don’t have to get up to fetch the remote. 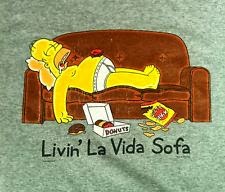