So during the past week, with the beheaded American journalist so fresh in our minds, a few moral dilemmas have arisen. Namely -  how are we to get across the monstrous nature of a crime and inform the world without inadvertently 'promoting' the criminals behind it?

The simple solution is, don't twoot, twit or twine about it on the internet. 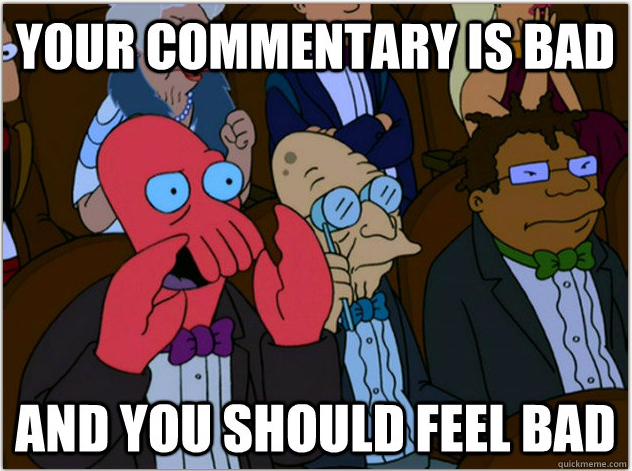 Social media is hardly a breeding ground for well-advised, intellectual thought and opinion. By posting videos online, we are not 'supporting' the people who continue to suffer at the hands of extremists, because these posts appear alongside the inane drivel we usually populate the walls of our profiles with (i.e. snapshots of dinner and potential celebrity sightings), and utterly devalues any sense of accompanying sentiment.

Twitter and all its pals in this new sphere I'll refer to as 'Opinion-Masquerading-As-News' allows the individual to feel like an expert on a subject it/he/she most likely has very little actual understanding of. If you gave a megaphone to a three year old infant I'm sure they could make a lot of noise out of it - that does not mean to say any of it is worthy of our time or makes logical or rational sense.

Twitter makes people think others care about their soggy, dull, limpid opinions and herein lies its danger. By giving people a platform on which to express their every thought, they are, in effect, providing the same sense of gratification as that awarded to a child who consistently puts up its hand in class. The child is then given the satisfaction of receiving attention, without really deserving it. This sense of gratification feeds into feelings of superiority until the person assumes they are a worthy spokesperson for any topic, and thus invites an insensitive free-for-all on subjects which are sensitive and should be left alone, or at least spoken about in hushed whispers in coffee shops whilst eyeing up everyone who enters with suspicion, like they used to do in the olden days, or still do in Burma. Opinion on top of opinion is an equation for mayhem and madness. Bolder and bigger these inflated mouthpieces grow, until they eventually stop listening altogether, and merely provide their useless ill-informed interpretation of events and receive thousands of shares or retweets for this dire waffle. The fact:opinion ratio is skewing scarily by the day.

Reading news articles, however, from commentators who have a specialist, rounded knowledge of the situation informs us of what's happening whilst encouraging us to think on a slightly higher level. Instead of Dave from the local chippy posting 'I never trust blokes with an East End accent anyway' and provoking others to assent or angrily protest, a professor of radicalism giving us a decent, unbiased background on how the situation has escalated, and from where, is much more beneficial. Where opinion piques emotion, information immediately stokes intellect and quells anger. Irrationality and a reckless need to give our two penny's worth move over in favour of reflection and slightly more educated discussion.

All tweeting does is give us a 3 second gob-full of someone else's slightly prejudiced opinion and fuels the flames for more racism, fear mongering and misunderstanding. (Unless, of course, the tweet is from a newspaper etc.)

So at the end of the day, the internet is no place for your opinion of Islam. Read the facts. Read essays, articles, by God, even BOOKS - why not go all out - and then store your opinion deep, deep within yourself. And stop wasting your time consuming tweety trash written by twits. It's not helping anyone.