The internet = cute stuff. That's it.

Recently I discovered the secret to popularity. (And by popularity I mean online likes and shares and love and affection from the adoring virtual fans I interact with through the screen. What other kind of popularity is there?)

Aside from keeping me warm at night and giving me a fuzzy feeling on the inside, this new discovery had lead me to scrutinize the human emotional scale of online beings.

Because the secret to the internet, truly, is cute stuff. Which is fine, but what does it say about us? 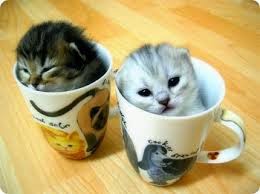 See, this is what you want, isn't it?


Our online-brains see cats jump up and down or do things mildly above their usual actions of snoozing in warm spots and feasting on stuff that looks like regurgitated fish pellets, and we mentally clap like a psychopath, are filled with glee and inwardly holler ‘YIPEEE, something that doesn’t require any deeper level understanding or require intelligence in order to respond’.

Whereas when it’s news, information, facts, cultural enlightenment and so on, we sit there, stare at the screen, sigh, begin to resent the world, our lack of control over it, our tiny place within this grand scheme of screaming madness and extremism, and unleash our rage by blabbing senselessly, getting little to no joy in return, and then crying ourselves to sleep.

So cute pictures of bunnies – which we’ve all seen before – get thousands of likes, shares and loves, while hard hitting news, facts or things by which we may become learned (read that as learn-ed, the old school way) sink to the bottom, like our own ever depleting intellects. Anyone who does respond or share anything of actual substance is either a) someone who was at their mental peak when pagers were still around and hasn't quite caught on to how the internet works b) a sociopath who thinks that the internet is their own personal diary or c) someone who has set up an internet account in their friend's name and is hoping to build up a suitable hate following before revealing the joke.

Over here at my expert-level infographic design station, I’ve mapped out the basics of the human internet-mind: 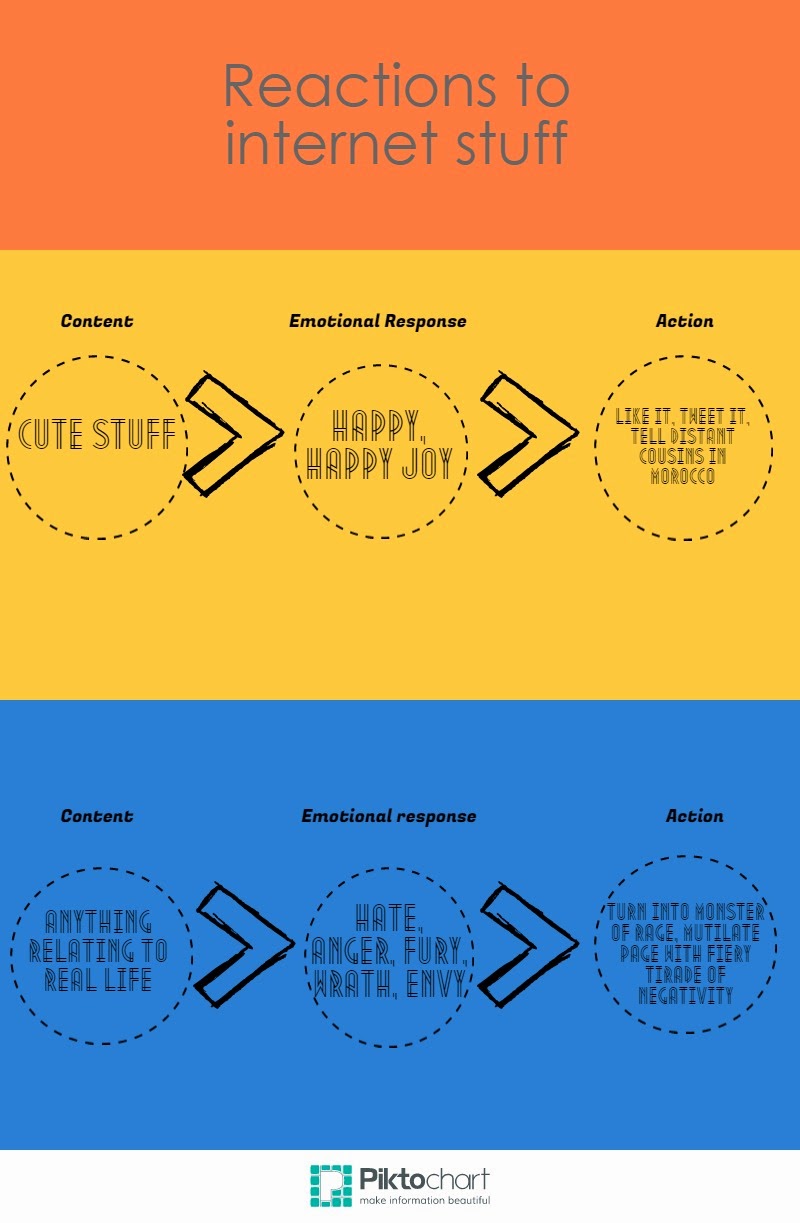 So just incase you fancy swapping your midnight cat-video session for something mentally stimulating… Let’s learn stuff! http://www.howstuffworks.com/
Posted by Unknown at 15:00