A comedy club in Barcelona is charging it's patrons per laugh, according to the BBC. No joke.

In order to counter falling audience numbers, The Teatreneu club, in partnership with ad agency The Cyranos McCann, has installed tablets on the back of each seat equipped with facial recognition software.

These tablets detect and charge 0.30 Euros (£0.24) each time an audience member laughs, and at the end of the show they pay for how many laughs they laughed. 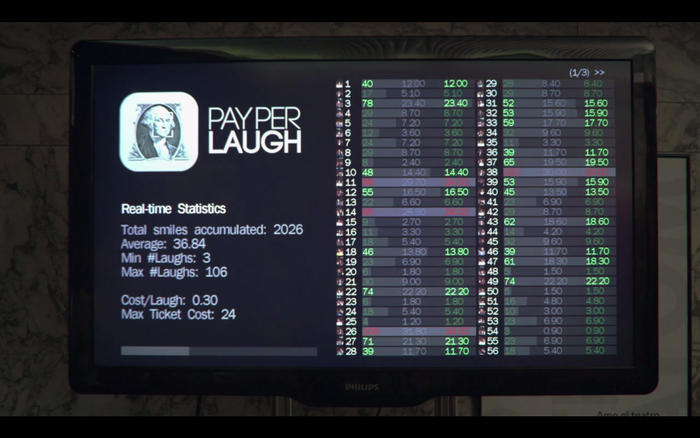 Who ever heard of monetising a laugh? Downright creepy if you ask me. And plus I'm pretty sure laughing was one of the 'priceless' experiences at the end of MasterCard adverts.

This pay-per-laugh system was originally intended to be just an experiment, but has been so successful that it's currently being copied in other theaters around Spain.

Did Catalonia not gain anything from George Orwell during the Civil War?