It seems that John Lewis aren’t the only ones capable of producing a top notch Christmas ad.

Yesterday, Sainsbury’s released ‘Christmas is For Sharing’, a heart-warming interpretation of Christmas day 1914 during WW1 in which both British and German soldiers embraced the true spirit of Christmas by laying down their arms, sharing stories, presents, and even a good old kick about. 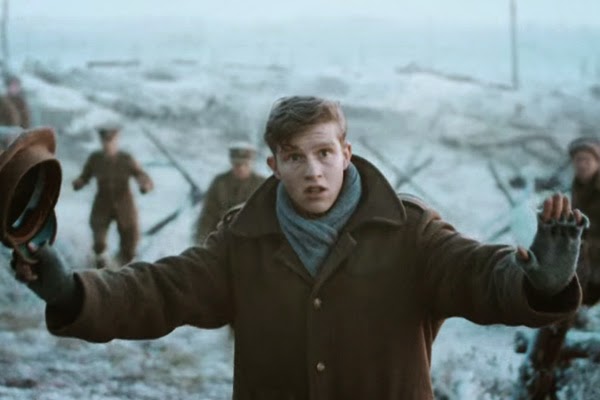 The advert was released a week after John Lewis’s much anticipated annual ad, ‘Monty The Penguin’. Their ad focuses on a story of a young boy and his pet penguin, whose search for love finally comes to a pleasant end when his young companion is given yet another penguin on Christmas morning.


Although John Lewis obtained a great response as always, Sainsbury’s have certainly mixed things up on social media.

Sainsbury's' trenches-based Christmas ad is like a 4-minute 'f*** you' to John Lewis penguin http://t.co/xwKS6he7Xv pic.twitter.com/EI0EH78G4z
— The Independent (@Independent) November 13, 2014

While both ads aim to get everyone in the mood for Christmas, don’t forget these are marketing campaigns and the adverts are constructed to make you want to spend spend spend. John Lewis may claim that the advert aims to increase the awareness to adopt a penguin, but have you see what it will actually cost you take Monty or Mabel home with you for Christmas? £95! A crazy amount sure, but sales will help raise money for Woking-based charity WWF.

Similarly, Sainsbury’s customers will be able to purchase the chocolate bar featured in their ad, to help raise money for the Royal British Legion. All profits gained through the sales of the chocolate bars will be given to the charity to mark the 100th anniversary of the start of WW1.
So who will come out on top?

There is no doubt John Lewis will have any problem selling their penguins, but I can’t help but feel they’ve carefully played customers in order to line their own pockets. Which is why I feel Sainsbury’s will come out on top this year as people will surely want to donate cash to a great cause that has gained so much attention recently. I do like Penguins don’t get me wrong, but they will never match the brave soldiers that lost lives in WW1.

What do you think? Please take part in our poll and vote for your favorite ad.