Facebook at Work... How ever did they come up with such a cryptic name? 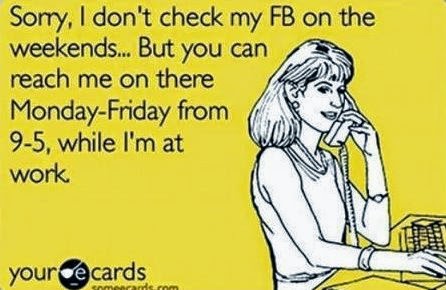 The difference between Shiny New Facebook and Old Favourite Facebook (since we're in the habit of calling things literally rather than using too creative a name that could cause confusion) seems, according to current information, to be the crucial addition of the words 'at work', which will make bosses everywhere go all soft, like when you rub a puppy's belly, so they go 'oh alright then, go on. As it's at work'.

According to the FT, users will be able to "message their colleagues, connect with other people in their professional network, and collaborate on work", which means it will be a mash-up of Google Drive, LinkedIn and Outlook, bundled in to one.

The only problem I can forsee with this service is that our relationship with mashed up things is very hit and miss. Take, for example, this combination of 50 Cent with the all time classic Thomas the Tank Engine:


Enough to make you want to hang a couple of cheap steaks from your ears and have them, along with your flesh, torn off by a large wild animal, isn't it?

But sometimes shoving things together and bundling them up in a shiny new package is exactly what we want. Take something simple like the supermarket. When you walk down the hot chocolate aisle, you don't stop in a stupor, wowed by the packaging and joys of the hot chocolate selection. But wander a little further to the 'slightly shitty gifts you buy people but would never want to receive' aisle, and you'll see the very same hot chocolate, bundled together with some mini, stiff marshmallows and a plain mug with the word 'Chocolate Lover' emblazoned on the front and instantly be swayed. Because they're together. That's right, not separate. All the joys of things you could buy separately for much cheaper, but in one.

So will the magic of bundling work for Zuckerberg or will it be a sinker like that god awful Thomas and Fiddy song I can't get out of my head? We'll see. If they ever release it.