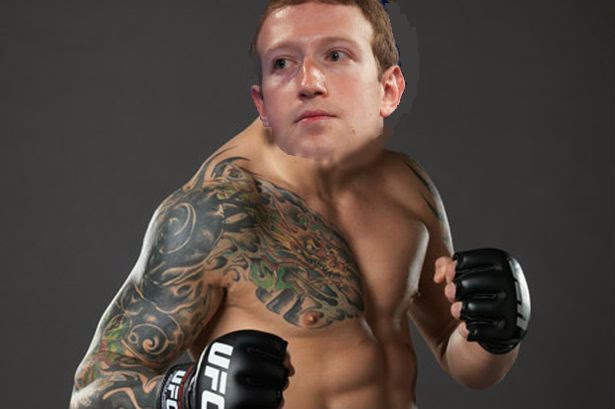 The next big champ?

Hear ye, hear ye the New Year is here. That arbitrary date decided long before our time that marks the end of over-indulgence and the beginning of a period of self-torturing abstinence. Whether it’s from your 12 chocolate bar a day diet, smoking, drinking, or from annoyingly rattling on about what you’re going to do when the New Year arrives – we’re all trying to escape from our own bedevilling habits.

Just like us regular mortals, the infamous social media overlord Mark Zuckerberg also tries to challenge himself each year, with a variety of positive activities that perhaps only a tech mogul could get away with.

In 2010, for instance, Zuckers decided to learn Mandarin. So each day he had a Mandarin-speaking colleague come to his office for conversation practice. Great if you have an endless supply of Chinese speaking employees whose mother tongue you can utilise at your leisure during work hours, terrible for those who don’t and would have to fork out £30 per hour to mumble gibberish in a coffee shop after work.

But it’s a great concept – think of the grand things you could achieve if you whacked a year into practicing it. In the past Zuckerberg has also pledged to only eat animals he has killed by his own hands (did he hear about the horse meat scandal, perchance?), wear a tie to the office, and meet someone new every day. This year his personal challenge is up for grabs; he’s declared to the world that he’s open to suggestions from the masses (although he should realise we’re already 6 days in so he’d better speed up the decision).

Here at AccuraCast we’ve decided to have a little brainstorming session for him and come up with some creative ways Mark could really test himself in 2015:

·         Wear an eye patch
Tickle a stranger
·         Write a poem and publish them in a book at the end of the year, giving the proceeds to charity
·         Create a new social media platform that outdoes Facebook
·         Change his clothes more frequently
·         Become a bodybuilder
·         See what people have been searching for and on Christmas day deliver presents to his Facebook followers
·         Become the Ultimate Fighting Champion
·         Share a random website each day with all his followers

Mark, if you take up any of these ideas, we want the credit!