It's already started - on TV, on news sites and on social media - the talk of the clash of civilisations. Since the horrific attacks on the Charlie Hebdo offices in Paris in which 12 people were killed, Europe feels like it's teetering on a knife-edge between righteous anger and tense restraint.

On Reddit, the notoriously intolerant liberal online community, images of radical hate preacher Mr Anjem Choudary dressed in drag emerged. What the intention of posting these images is, and the reason for their recent popularity, is not clear. To show it's adherents how enlightened the Western world is? To belittle radical Islam - destroy it with humour?

What about the cartoonist who says he's going to draw and post a picture of Mohammed every day for the next year? 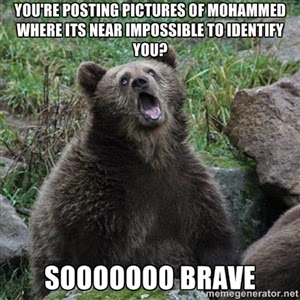 This massacre was an isolated incident - two disaffected brothers vindicating their own identity crises under the guise of Islamic solidarity - and should not be seen as a unanimous threat against the Western world and the associated freedom of speech value.

The "us verses them" mentality won't ever solve terrorism, but maybe some hope rests with those powers that lie between: the anonymous powers - the hackers.

The video description says that it is a message for al-Qaeda, the Islamic State and all enemies of freedom of expression - the group will track down and close all accounts on social networks related to terrorists in order to avenge those who have been killed.

As recent events have shown, the pen is mightier then the sword, and by taking away jihad's pen perhaps we make the world a safer place. 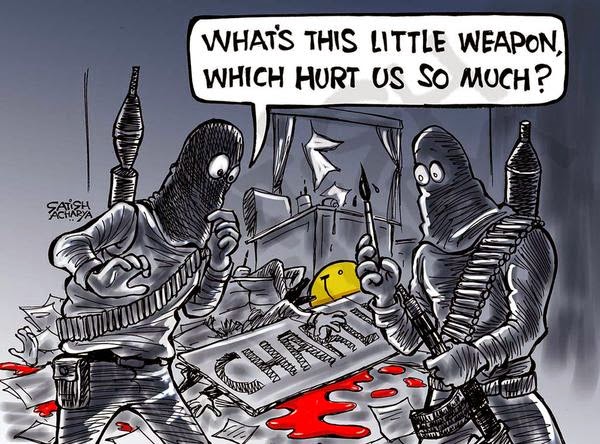