RIP Internet Explorer - A bunch of mean tweets and memes

Lets not pretend. We all smiled when we heard the news. It was about time! The 19 year old Microsoft Internet Explorer, a browser familiar to everyone but loved by probably no one, has passed away. As it seems, people could not be more excited about its "sudden death". Just by a quick look on Twitter, you'll get an idea..

The greatest birthday gift of all. Thanks Microsoft. Bye IE, won't be missing you. #InternetExplorer #webdevelopment
— Danielle Frappier (@daniellefrapp) March 18, 2015


Internet Explorer is like that wart you always had but never really cared about - Now that it has been removed you feel prettier.
— Jason Lee McCall (@JasonMcCall01) March 18, 2015


As a tribute to Internet Explorer lets remember some of the best memes.. 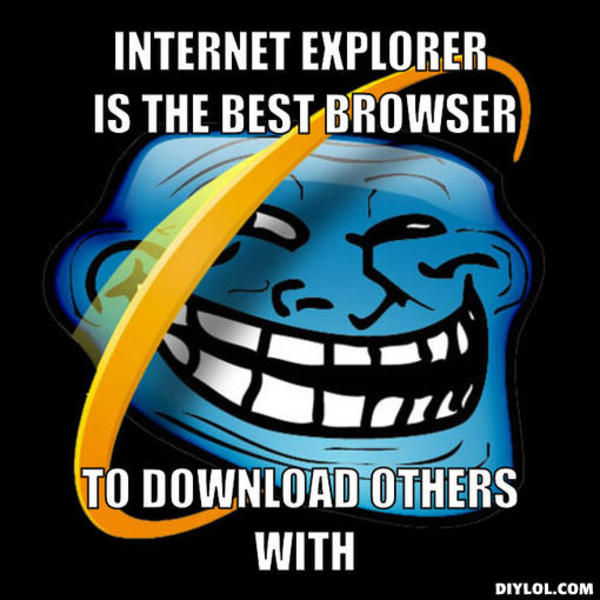 If you decide to throw a party to celebrate, please don't forget to invite us!