Like clockwork, brands are ripping into the latest product from the Apple factories - the new smartwatch range which débuts in stores in April of this year. 38 models have been announced, and at prices ranging from £299 to a whopping £13,500 it's no surprise that some people are ridiculing the new expensive way to tell the time. Some companies may just be jumping on the bandwagon and monopolising on the fact that #AppleWatch is the number one trend on Twitter today:

These are the facts about the Apple Watch, according to The Daily Mash:


● Looks shit.
● Available in a $10k version that comes with an app for murdering rival oligarchs.
● It’s apparently very good for arranging to meet people for coffee, which is really all that Apple users do with their lives.
● The iWatch tells you everything you need to do throughout your existence, making thinking redundant.
● Costs roughly the same as an impossibly beautiful prostitute, if you want to weigh that up against a watch that reminds you to call work.
● Every 1000th iWatch is possessed by the spirit of a deceased factory worker, which may or may not be vengeful.
● If you watched the launch live online you do not deserve to be alive.
● Your subconscious mind is already constructing reasons why you need it.
● Resistance is futile.


There were a variety of hecklers on social media:

The ones who literally created an apple watch... 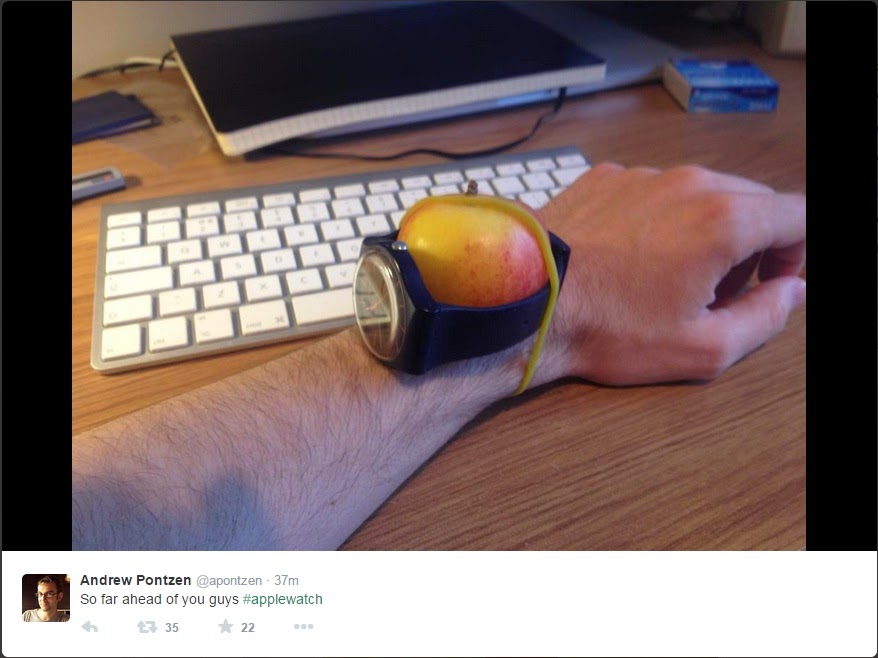 The companies who made their own spoof watches 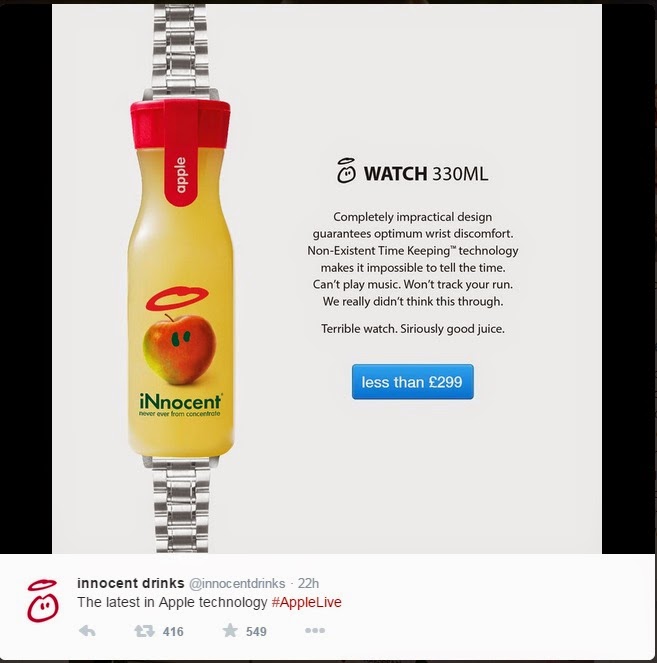 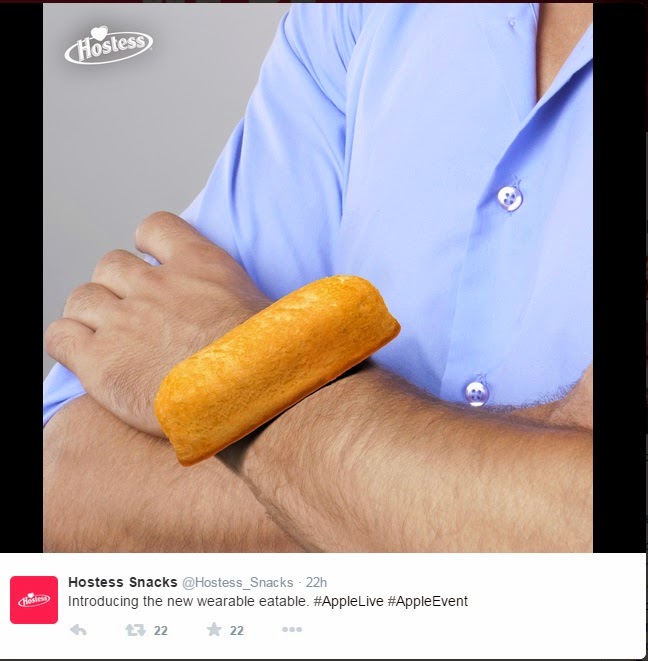 The ones who didn't understand the practicality of the apple watch 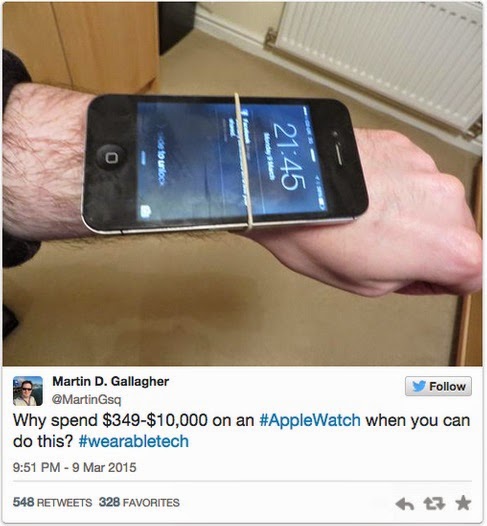 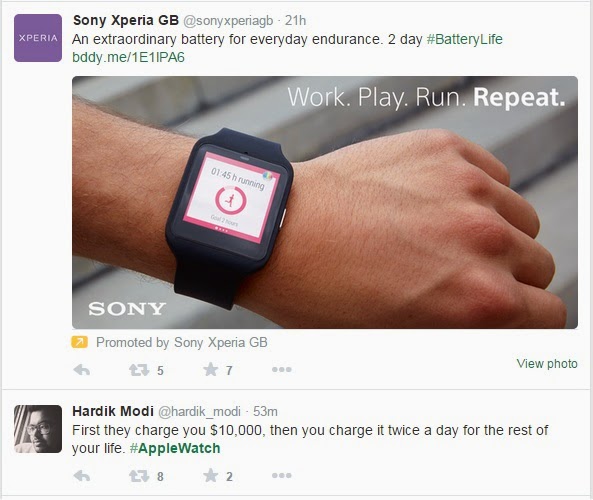 Note: Sony Xperia emphasised the fact that their battery endurance is 2 days, presumably concious that many consumers were complaining about the fact that the Apple Watch would need regular charging.

And Guardian Tech, who really went to town... 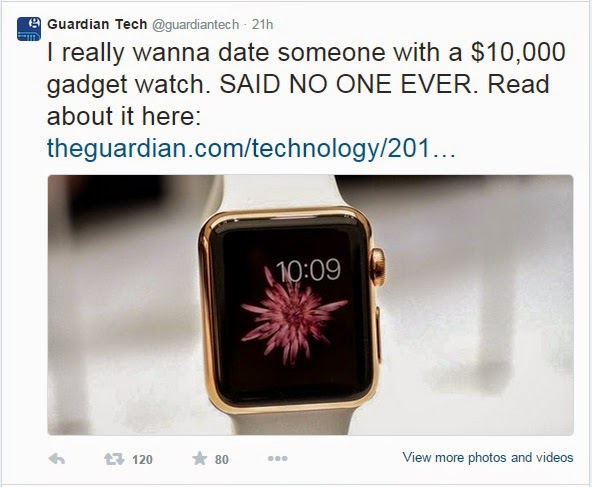 In addition to posting neutral articles about the features of the smartwatch and even praising a few of them, Guardian Tech's page was rife with posts condemning the product, the buyers and everything in between. Even the Foo Fighters and One Republic weren't safe!

What do you think? Is Apple's iWatch worth your time?
Posted by Unknown at 16:42