Battle of the Sexes: Which Gender Has More Users on Social Media?

Both historically and statistically, social media has largely been skewed favourably towards women. Studies show that almost three-quarters (71%) of female internet users are active on at least one social media site, compared to slightly less than two-thirds (62%) of men.

Using figures from Craig Smith (@craigpsmith), a Director of marketing, we made nifty pie charts to see whether social media platforms had more male or female users.

Who wins? You may be surprised at some of the results! 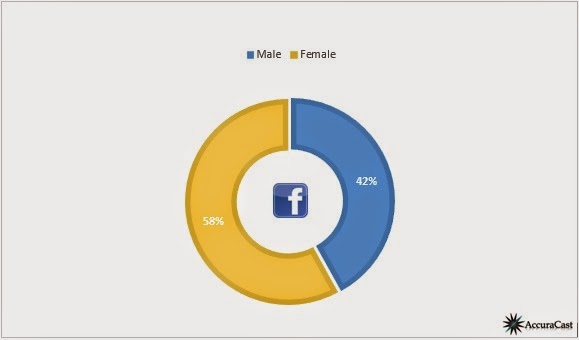 Looks like the women are in the lead to start off with, with more users being female.

Interestingly, the odds are even more in favour of women for Chinese people, as just 34.9% of Chinese Facebook users are male. 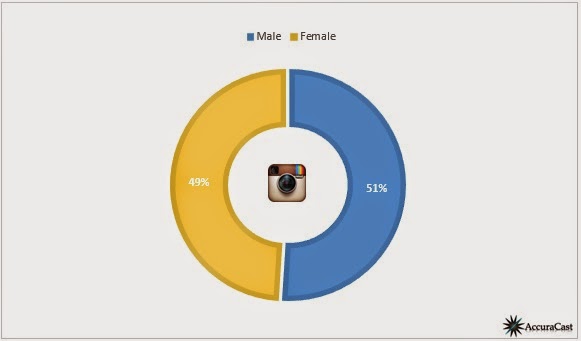 Well, this one may surprise you! While Instagram is commonly thought of as being a female dominant social media platform, in fact overall it is used pretty much equally between the sexes with men just coming out on top.

On the other hand, the percentage of US online Instagram users that are female is 20%, compared to males at 15%, though these figures change quite often. 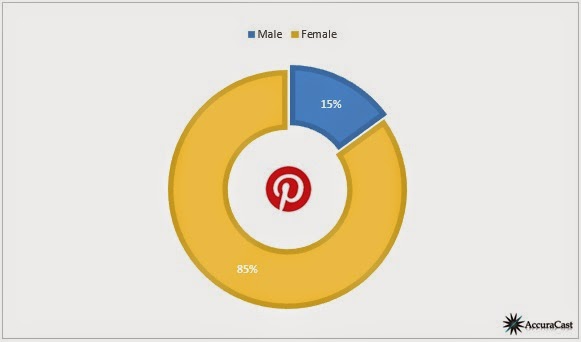 Pinterest has always been in the ladies' corner, with a significant majority of its users being female.

At the end of 2014, there were 36.6 million US female Pinterest users compared to just 6.6 million male users.

The percentage of Pinterest pins made up by women is a whopping 92%. It makes sense then that the Pinterest user with the most followers is also a woman: Joy Cho - 13.8 million followers. 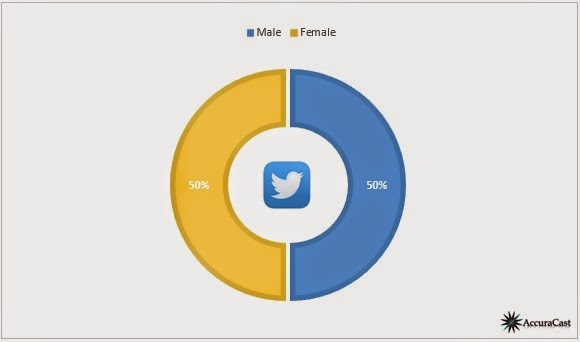 Apparently women tweet more at around 15 times a day (9 for men), but men complain more... 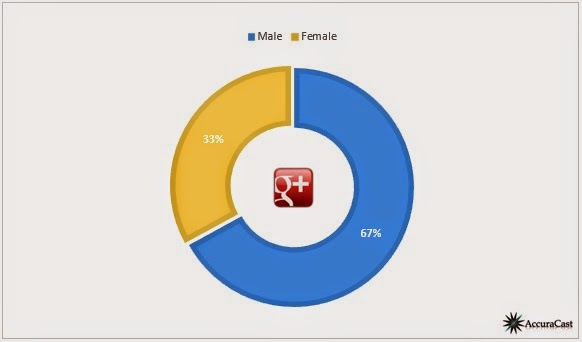 Men have got Google+ in the bag. This platform is more associated with Tech, which may be why it has more male users, though as women are going from strength to strength in the Tech industry perhaps this will even out more soon. 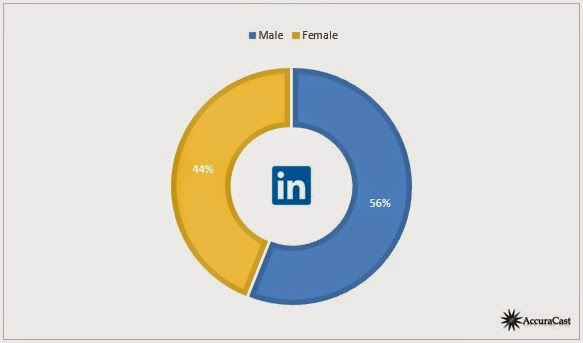 Not too inbalanced, but it seems like there are more male users on LinkedIn. At the same time however, the percentage of US online adult women that use LinkedIn is slightly higher than men, at 28% compared to 27%.

Did you know that someone makes a new account on LinkedIn every 2 seconds?!


Women may have lost this time...however it's important to remember that there are plenty of inactive users on social media, and generally females frequent social sites more often.

Were you surprised by any of the stats?