Summer has finally arrived and that means Wimbledon is right around the corner, with the usual frieze that happens this time of year Twitter has decided to give us a small helping hand. Being able to constantly tweet that you have having a much better time than your friends (because you're at Wimbledon) has now been taken to the next level. 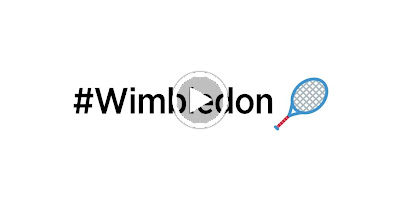 Twitter have introduced a new set of emojis that fit with this major sporting event, including images of a tennis racket, Henman hill and queues. These new 'hashflags' will be available for everyone on the 26th of June; just in time for the tournament.

Even the Tennis players are getting showing their support for this new craze.

Everyone seems to be getting involved already, even though the events don't start until the 29th of June. Using the #Wimbledon as well as the emojis makes it all that more exciting!

Though Wimbledon is now becoming part of the digital age, they have not forgotten their roots. Sending live streams of the matches (via periscope or Meerket) and 'Selfie Sticks' are still band. It will still be a very civilised affair.... with everyone having a glass of pimms or two.