This week people have been going crazy over this new question to ask iPhone's Siri; what is 0 divided by 0. The computer automated response, know for answering questions efficiently, has definitely developed some attitude.

Whether this is a marketing technique from Apple (probably) or a glitch in the system, it has definitely created a buzz. Stars like Aaron Paul  and Carson Daly are spreading the craze:

With the hashtag #SiriHumor now circulating people are loving this new side to the Apple assistant and want to spread the hilarious responses they have received. Asking what is '0 divided 0'  is not the first time Siri's sassy answers have left us with the giggles:

1. When she insulted your music taste 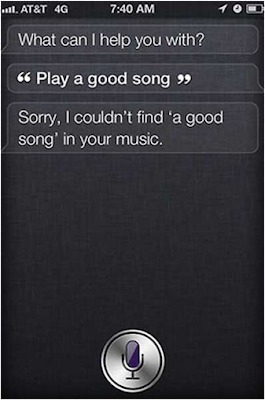 2. When she didn't take to kindly to being called another name

4. When she didn't have time for emotional baggage 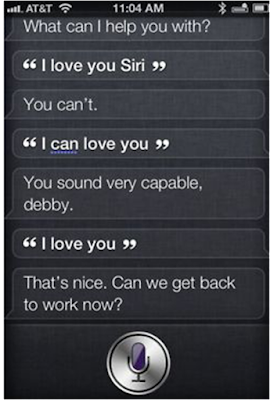 5. When she understood the struggle 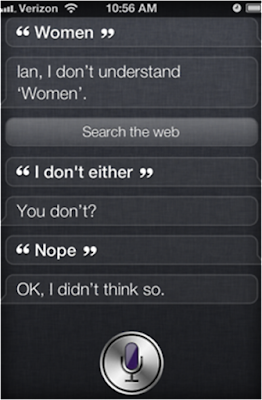 This new poly of Apple has actually made the company seem human, a sense of humour goes a long way, and of course the expose isn't too bad for them. This new trend of Sassy Siri is definitely one that will continue.
Posted by Unknown at 15:42